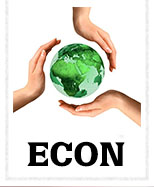 Conservation of Biodiversity and Ecosystem Services

Habitat destruction has driven much of the current biodiversity extinction crisis, and it compromises the essential benefits, or ecosystem services, that humans derive from functioning ecosystems. Securing both species and ecosystem services might be accomplished with common solutions. Yet it is unknown whether these two major conservation objectives coincide broadly enough worldwide to enable global strategies for both goals to gain synergy. To assess the concordance between these two objectives, Scientists need to explore how the concordance varies across different regions, and examine the global potential for safeguarding biodiversity and ecosystem services simultaneously. It was found that published global priority maps for biodiversity conservation harbor a disproportionate share of estimated terrestrial ecosystem service value (ESV). Overlap of biodiversity priorities and ESV varies among regions, and in areas that have high biodiversity priority but low ESV, specialized conservation approaches are necessary.. Sensitivity analyses indicate that results are robust to known limitations of available ESV data. Capitalizing on these opportunities will require the identification of synergies at fine scales, and the development of economic and policy tools to exploit them.

Few attempts have been made to grapple with questions of equitability, socioeconomics, and spatial relationships as they affect global-scale planning for biodiversity and ecosystem services. For example, ecosystem services may be relatively more valuable per unit of area in some parts of the most reactive templates, because these areas hold more people who depend directly on these services. Furthermore, ecosystem services vary in the spatial scales over which they may be captured by humans. For example, whereas carbon sequestration benefits human worldwide, pollination services may provide benefits only to areas nearby. If so, then the ESV data set used could overestimate the value of certain services in remote areas.

Illegal killing of elephants for ivory decimates global populations. Estimates indicate that each year poachers slaughter close to 20,000 elephants, mostly for their tusks. Fueling this rampant poaching is a steady consumer demand for ivory. Overall, we see demand increasing in East Asian and Southeast Asian markets, with the greatest demand in China, Hong Kong, Singapore, and Thailand. WWF is working to shut down the illegal markets in Thailand, and helped end the legal ivory trade in China. By tackling these markets now as part of a pan-Asian approach, WWF aims to leverage China’s recent actions to ban the ivory trade to prevent further displacement of the current China ivory trade to nearby countries.